Round up your colleagues, purchase your pink socks and help us make a difference to families experiencing breast cancer.

From collecting donations, holding a raffle with special pink prizes, or even challenging your boss to a bake sale – there’s a whole range of things you and your colleagues can do to have fun, raise money and pink up.

Pink Up your workplace today!

by everyday Aussies who have pulled on their socks

Some people don’t just pink up their games – they take it all the way to the jungle!

Michael Dumas pulled on his socks for a long, 12 day trek through the jungles of Borneo, along the same path that Australian Prisoners of War were forced to walk during World War II.

Michael was inspired to raise money for the McGrath Foundation, after losing his mother in 2015. It was the combined support of his girlfriend Elissa, who did the trek with him, and his love for cricket that kept him going.

‘If Glenn McGrath can face a seriously ticked off Wasim Akram, then I can climb a mountain in pink socks!’ Michael said.

We’ve got it all – posters, logos, images and much more. Let us help you ensure your Pull On Your Socks event is the best one yet – check them out below! 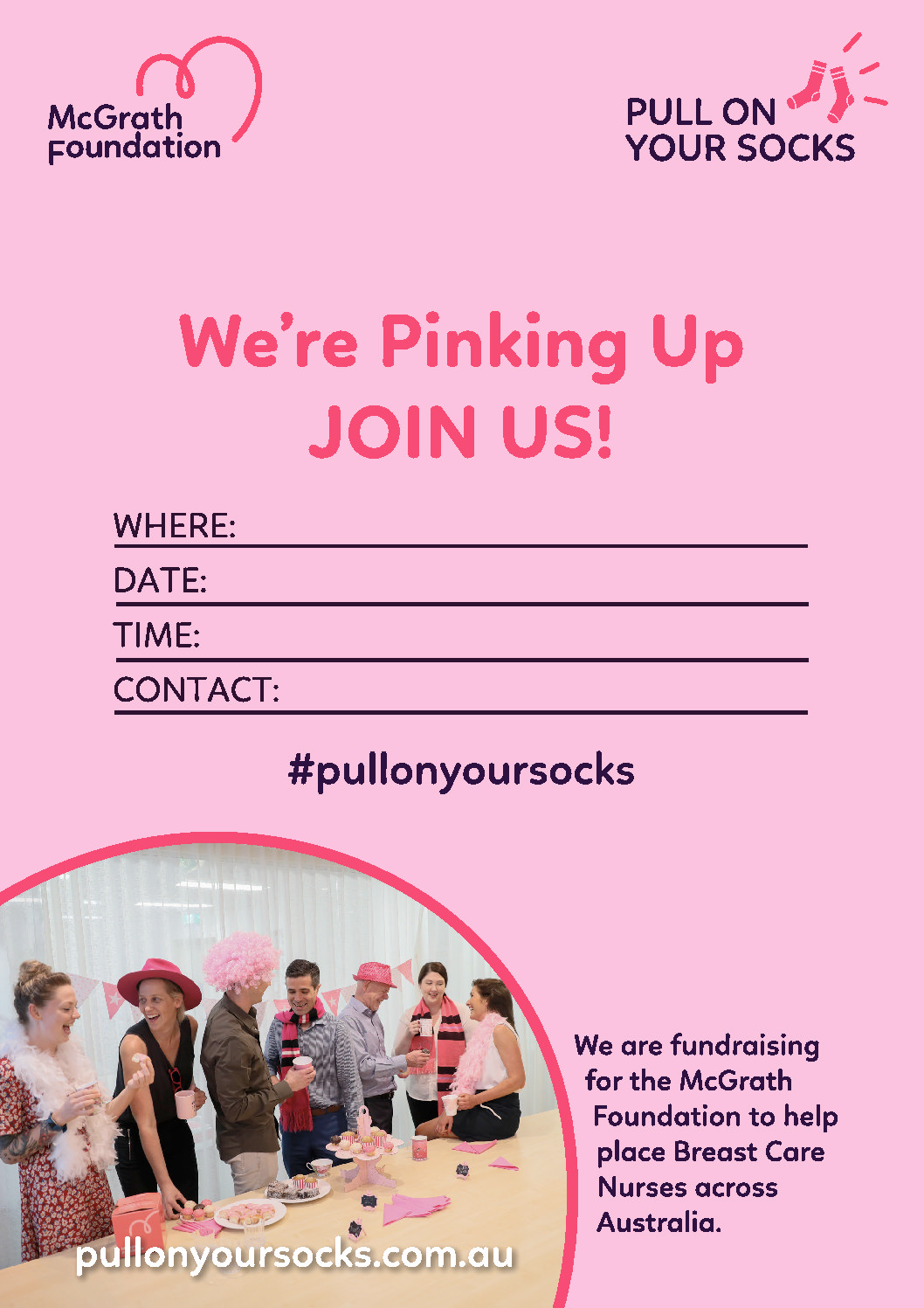 If you’re looking for more Pull On Your Socks resources, we’ve got you covered!