McGrath Foundation & GIANTS Netball partnership is personal for GIANTS netballer April Brandley, who lost her mum to breast cancer when she was just 15

April gets quite emotional when it comes to talking about what a great woman her mum, Linda Letton, was.

The 31-year-old professional netballer fell in love with the sport thanks to her mum and she’s talking about her loss ahead of the special Pink Round on 8 May, the day before Mother’s Day, part of the McGrath Foundation and GIANTS Netball new, three-year charity partnership.

“Everyone knows someone touched by breast cancer and when you think of how many women play sport, it just makes sense to have a connection with the McGrath Foundation and that education about breast health,” April says “There are steps you can take to be a lot more savvy about breast cancer and get onto it quickly. If you can find out earlier, you have a lot more of a chance to fight it.

“This partnership combines two passions of mine, if my story can help someone going through that or raise money for McGrath Breast Care Nurses, that’s what I hope to get out of sharing my story even though it’s hard to talk about.” 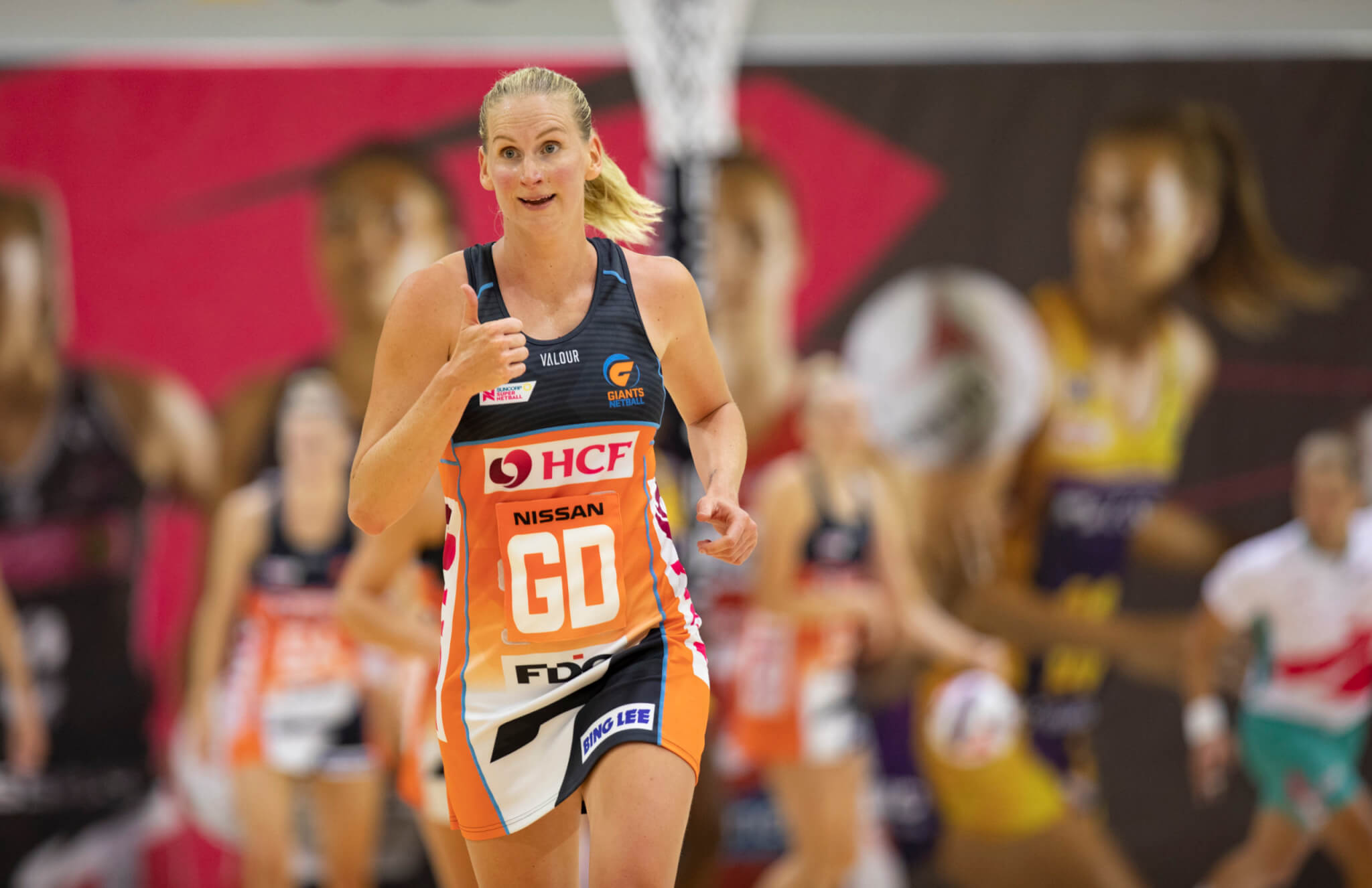 "She was super kind, super caring and super involved in netball as well, which is how I started to play."

April was only 15 when her mum Linda passed away at just 47. Her initial memories of that period are hazy. Linda had been diagnosed a few years earlier and had gone through treatment and remission before the cancer metastasised.

“We were all blown away when we first found out. I’m one of four, I have two older sisters and an older brother and we’ve all got quite different recollections of it,” April says.  “But when you lose someone like that it changes your life forever.”

April has found that grief is a shapeshifting beast that comes back to haunt you in new ways throughout your life.

“Time heals a lot of wounds, and now that I’m older and a mum I feel closer to her than ever and even more sad in these important moments when she’s not here,” April says.

April is a mum to Clay, 14 months. Her pregnancy triggered a new wave of grief that she hadn’t felt before.

“There was a stage, I was not far off giving birth, and I was so upset my mum wasn’t here because I really want to share it with her and would’ve loved to have her at my birth.

Mother’s Day has a new meaning now and it’s a day April can celebrate rather than dread.

“Since I was 15, I would always get anxious about it because it’s a reminder of something you don’t have. Having Clay now makes it feel so different. My first Mother’s Day last year felt so great, I was able to enjoy it and be spoilt by my boys. It felt like a celebration of a new chapter,” she says. What April remembers most about Linda was her joy.

“Mum would walk into a room and light it up. She had a wicked sense of humor and she used to have this crazy laugh that I was so embarrassed about, but now I see she brought so much joy to those around her,” she says.

“She was so caring and everyone that met her felt better for meeting her. She really listened to you which felt really good, she was super kind, super caring and super involved in netball as well, which is how I started to play. 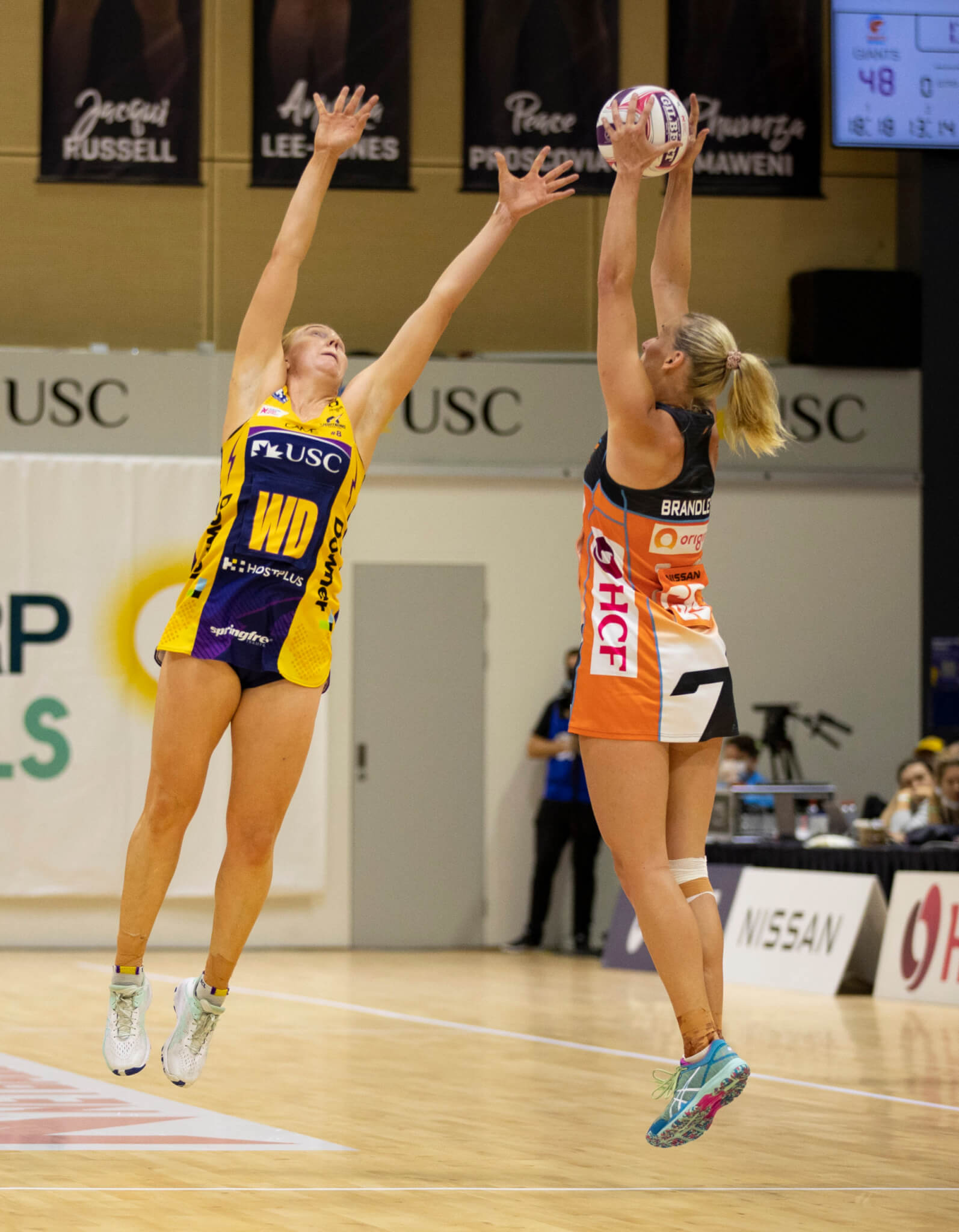 “It felt like a carpet had been pulled out from under us in a second and everything changed."

Dealing with her mother’s death as a teenager was hard, because she just assumed everything would work out.

“I don’t really remember the first time she told us about her cancer that well, but I remember the second time when it came back, I was a bit older. She was an absolute mess and I knew as soon as I saw her it had returned, she didn’t need to say anything,” April says.

“When you first find out about cancer, you’re a bit naïve. It can be good if you don’t know what to expect but when you’ve been through chemo, radiation and remission and told it’s come back you know how hard it will be.

“Mum was super positive right to the end, so the hardest thing is we didn’t know as kids (that she was going to die) until the end. I think she wanted to be strong for us, she was always saying, ‘Nah, I’m gonna be fine.’ I remember getting the phone call that it wasn’t looking really good and to make sure we go in to (the hospital to) see her,” says April “It felt like a carpet had been pulled out from under us in a second and everything changed.

“It was such a shock because we always thought she was going to make it. We all had our moment going in to see her and saying goodbye. It was horrific. You never want to see anyone you love in that situation.

“Looking back now, those times were really hard but I’m grateful we were able to have that time with her. A lot of people don’t have that at all,” April says

At 15, April thought 47 was old, but she can now see how young Linda was when she faced breast cancer. It’s why she wants to share her story and help young women understand that they are not immune from a cancer diagnosis.

“Cancer does not discriminate; Mum was so beautiful. She was healthy and super fit and always looking after herself. If you look at lifestyle factors, you’d never pick her to have it,” April says.

“When I was in my mid-20s I realised how young mum was when she found out and how important it is for me to be more responsible with my breast health so I started to have checks and also ultrasounds. It came out of nowhere with mum, so it’s made me and my sisters a lot more cautious.”

Find out how you can get involved with the GIANTS and McGrath Foundation here: https://fundraise.mcgrathfoundation.com.au/giants

The Australian Turf Club’s (ATC) inaugural Pink Fashion Lunch in support of the McGrath Foundation was held on Saturday 14th March at Rosehill Gardens, raising an incredible $17,000 through the sale of raffle tickets and …

The 2019 Pink Test – Jane McGrath Day at the Sydney Cricket Ground has won Event of the Year at the Global Stadium Business Awards. The award acknowledges the best sports or non-sports event, guest …